Divorce – The Ugly Side of Marriage 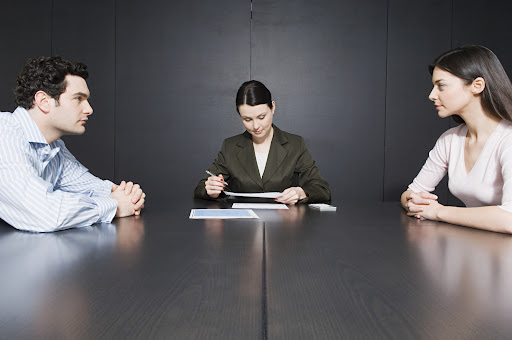 The ‘Angelina Jolie-Brat Pitt’ pair has scintillated showbiz and their life together has fascinated the world at large. Their social work and initiatives work brought them huge adulation and praise in equal measure to their work and the complete family picture of a happy couple with six children was surely the envy of many. They could do no wrong and the picture they presented was as rosy and perfect as anything that could be. Hence, the news of the recent divorce filed by Jolie to end their two-year old marriage has simply shocked and stunned the world. Now the media is agog with what could possibly have gone wrong and what were the aspects and differences that forced the couple to resort to this extreme step.

Divorce is termed as the ‘dissolution of a legal marriage’ which means a marital union is terminated and legal duties and responsibilities of a marriage are cancelled. It is a decree granted by the rule of law of a state or country which dissolves the bonds of matrimony that a married couple has entered into. This legal process settled by a judge or relevant authority who restores the ‘single’ status on a married couple and permits them to marry other individuals. The reasons that a couple files for a divorce range from lack of commitment, sexual incompatibility, clash of personality, lack of independence, abuse and cruelty and so on.

Divorce differs from an annulment, a legal separation or de facto separation with variations in legalities and processes. Issues such as child custody, child visitation, child support, alimony, property distribution etc. are due processes that are consequential to a divorce procedure.

The only two countries in the world that do not allow divorce proceedings are the Vatican City and the Philippines.

The fallout of a divorce is a rather painful situation for both partners in a marriage as well as the children and other family members; a once beautiful and stable bond is shattered and this can cause drastic situations and dire circumstances for many.

In the US, divorce falls under the jurisdiction of individual state governments and not the federal government. To become effective, a divorce must be certified by a court of law. Generally, in the US and many other countries, a married couple enters into a pre-nuptial agreement that sets out the terms in case of a possible future divorce settlement. In the absence of such an agreement, there can be a long-drawn, protracted and contested divorce that can not only be expensive but very stressful to the partners. In order to negotiate mutually acceptable terms to resolve the conflict, a couple can resort to mediation by third party or a collaborative divorce.

The Currency of Relationships